18 This is how the birth of Jesus Christ came about: His mother Mary was pledged to be married to Joseph, but before they came together, she was found to be with child through the Holy Spirit.

19 Because Joseph her husband was a righteous man and did not want to expose her to public disgrace, he had in mind to divorce her quietly.

20 But after he had considered this, an angel of the Lord appeared to him in a dream and said, “Joseph son of David, do not be afraid to take Mary home as your wife, because what is conceived in her is from the Holy Spirit.

21 She will give birth to a son, and you are to give him the name Jesus,c because he will save his people from their sins.”

22 All this took place to fulfill what the Lord had said through the prophet:

23 “The virgin will be with child and will give birth to a son, and they will call him Immanuel”d—which means, “God with us.”

24 When Joseph woke up, he did what the angel of the Lord had commanded him and took Mary home as his wife.

25 But he had no union with her until she gave birth to a son. And he gave him the name Jesus. 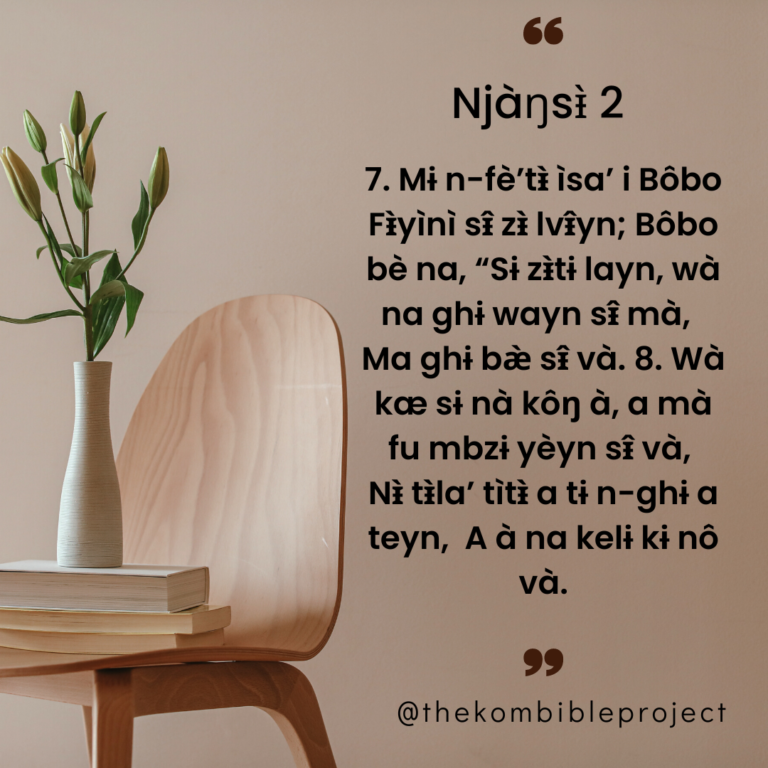 In the previous post, Memory Verses From The Book of Ruth, We introduced the book of Ruth and gave a brief summary of each of the chapters. In today’s article, we go straight into the memory verses. Awo a Betɨnɨ-a a Ŋwàʼlɨ̀  Lût. Lût 2:19, 20a Nàwumì ɨ bɨf sɨ̂ ŋweyn nâ wù yìsi sàyntɨ… 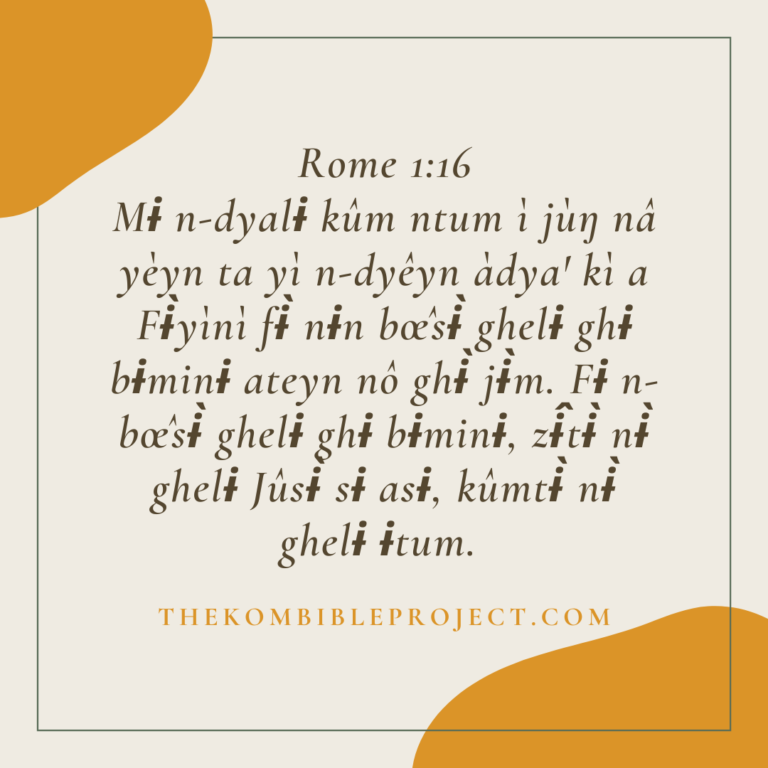 The book of Ruth is the Narrative of a love story but also contains some important Genealogy.
It’s timeline is intertwined with the period of the Judges.